OK, I'm really very bad at blogging on a regular basis.  But that's not because I don't want to, it's just I'm really busy!  This said I have managed to tick a big task off my to-do list:  Release Super Glyph Quest! YAY!  After what has seemed like far too long in development (by comparison to Glyph Quest which only took us 4 months) we pushed the button and let our pretty fly.  The reviews have been tricking in and so far it's all good:

And after a week of not knowing if we would make a Feature, we got the Feature!  US store to start with and then the UK!  All good news, thanks Apple App Store overlords!

So that's it now right? Time for a very well deserved and much needed break?  Well sort of. 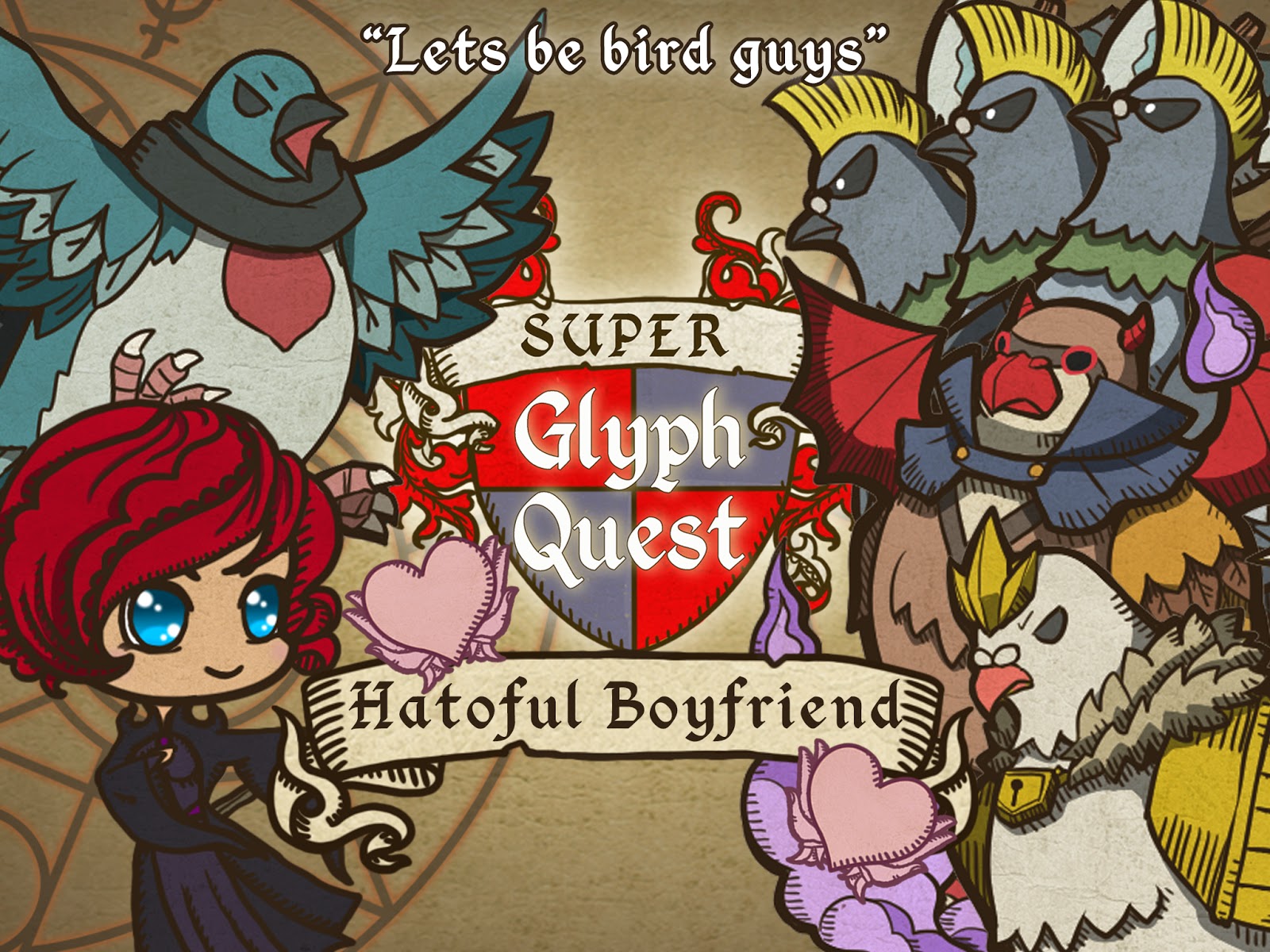 there are pigeons in our game!

There is no such thing as 'stick it in a box and ship it' when you are an indie developer.  Well I guess there could be if you have a budget that stretches to outsourcing your marketing.  We don't.  So it is down to us to reach out to the press, keep on top of social media and generally harass as many people to start talking about Super Glyph Quest as possible.  Oh, so if you are reading this and you are from a company that can help us grow our target market and guarantee us downloads and chart positions please don't waste both of our time by sending me a link to your premium service for a one off payment of $5000.  If however you are a reviewer and would like a review code feel free to get in contact just please link me to your site/blog/Youtube channel because if I Google you and find nothing then I'm probably not going to give you a free copy of my game (that only costs 2 quid) no matter how abruptly you ask...  Rant over.

Truth be told I don't enjoy marketing.  And we have really picked a really bad time to try an get noticed.

Right now we are fighting for attention against every existing games Halloween/Thanksgiving/Xmas update news, the new releases for the Holiday season - especially from the big names, all he iOS8 updates for games, the new games for iOS8 and iPhone6 and the noise being created online by a collection of angry gamers rallying against the press.

I'm not ready to comment on this 'movement' just yet, what I will say is; all their efforts are doing is the very best to give the small independent game makers a hard time of it.

In the middle of all this we did get to fly over to Bergen, Norway and give a little talk on making Super Glyph Quest at the wonderful Konsole conference. 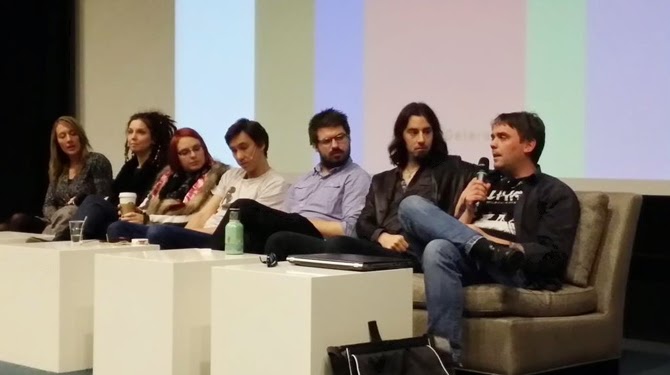 Konsole had an amazing line up of speakers and we we're really excited to be a part of it!  Aside our making of talk we also took part in an impromptu AMA (ask me anything) panel with the other speakers and Alex was a dragon on their Dragons Den.

It was really awesome to hang out with the all the speakers and the guys from Henchman and Goon.  So many passionate gamers.  And of course to speak to the attending indies and students.  It still baffles me how many students on game design courses discount mobile games as 'not real games'.  When asked if they think Candy Crush or Farmville are 'real' games they will say no, but ask them if Tetris or Animal Crossing are real and they will agree that they sure are!  I hope at the very least we encourage some people to stop looking down on mobile games as not worth their time, and that there's plenty of opportunity to develop cool, interesting and new games in this space.
Not only was this my first trip to Norway but also Willow's first trip abroad!  She handled it all remarkably well, apart from one little scream off with her new friend Brage (we're not sure that there was a winner here).

Too soon our 'break' was over and we had to leave rainy Bergen for rainy Blighty and get ready to get neck deep in more marketing.  While we were away Super Glyph Quest made it through review and we had the power to 'push the button'.  We sent out another wave of emails announcing our launch date and then another round with review codes.  With us one review away from a metacritic score (again) it's all about finding and reaching out to the sites that review mobile games. 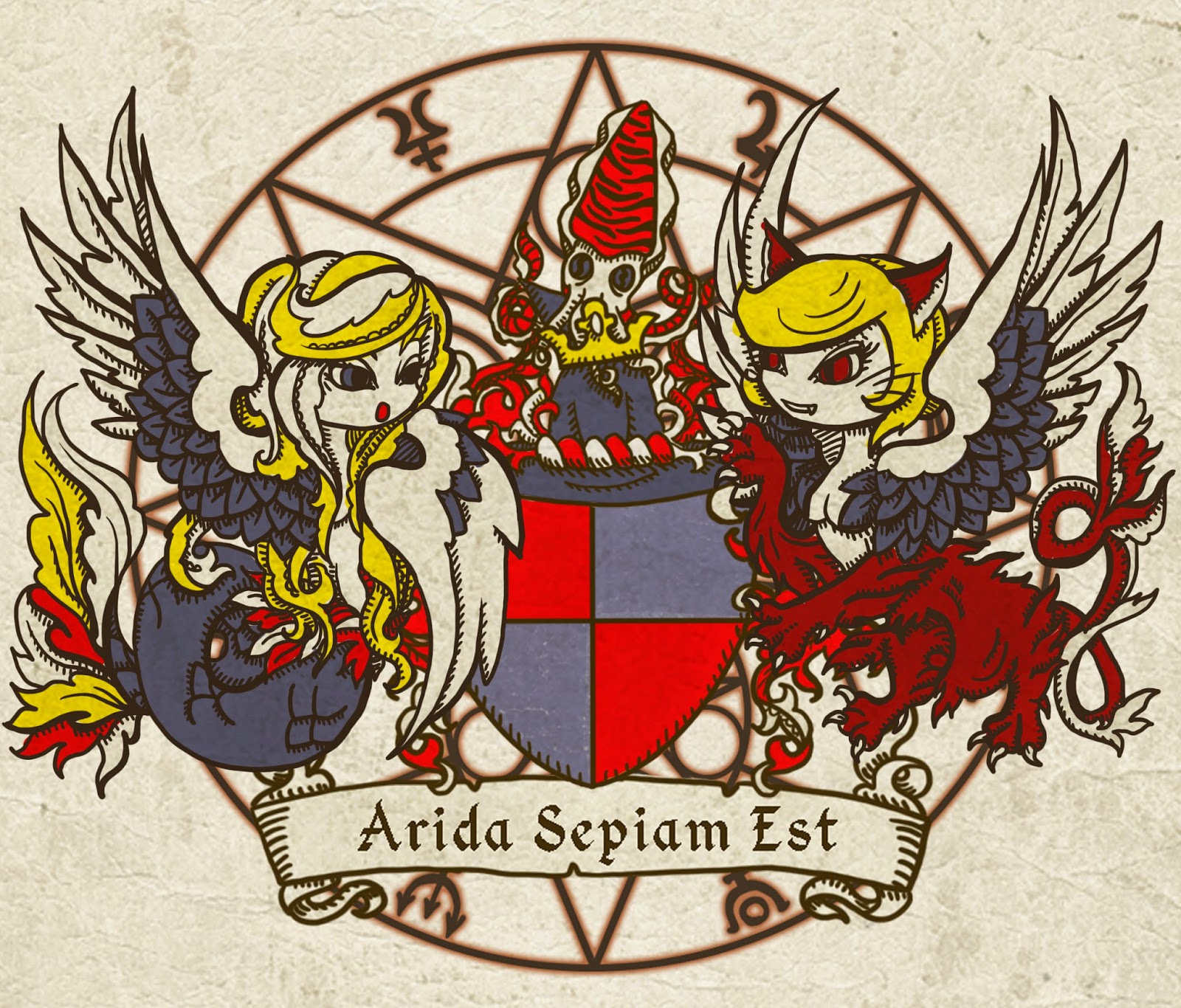 And as if we aren't busy enough we have opened up a store on Society6 and Redbubble to sell T-shirts and the like with adorable Glyph Quest motifs.

First things first we have a couple of updates coming for Super Glyph Quest.  A Super 'Gift' Quest coming for Christmas (do you see what we did there?) and another quest pack in the new year.  Once these are out in the word and we've finished picking up any wee bugs that slipped the net we can take a well earned rest from Glyph Quest.